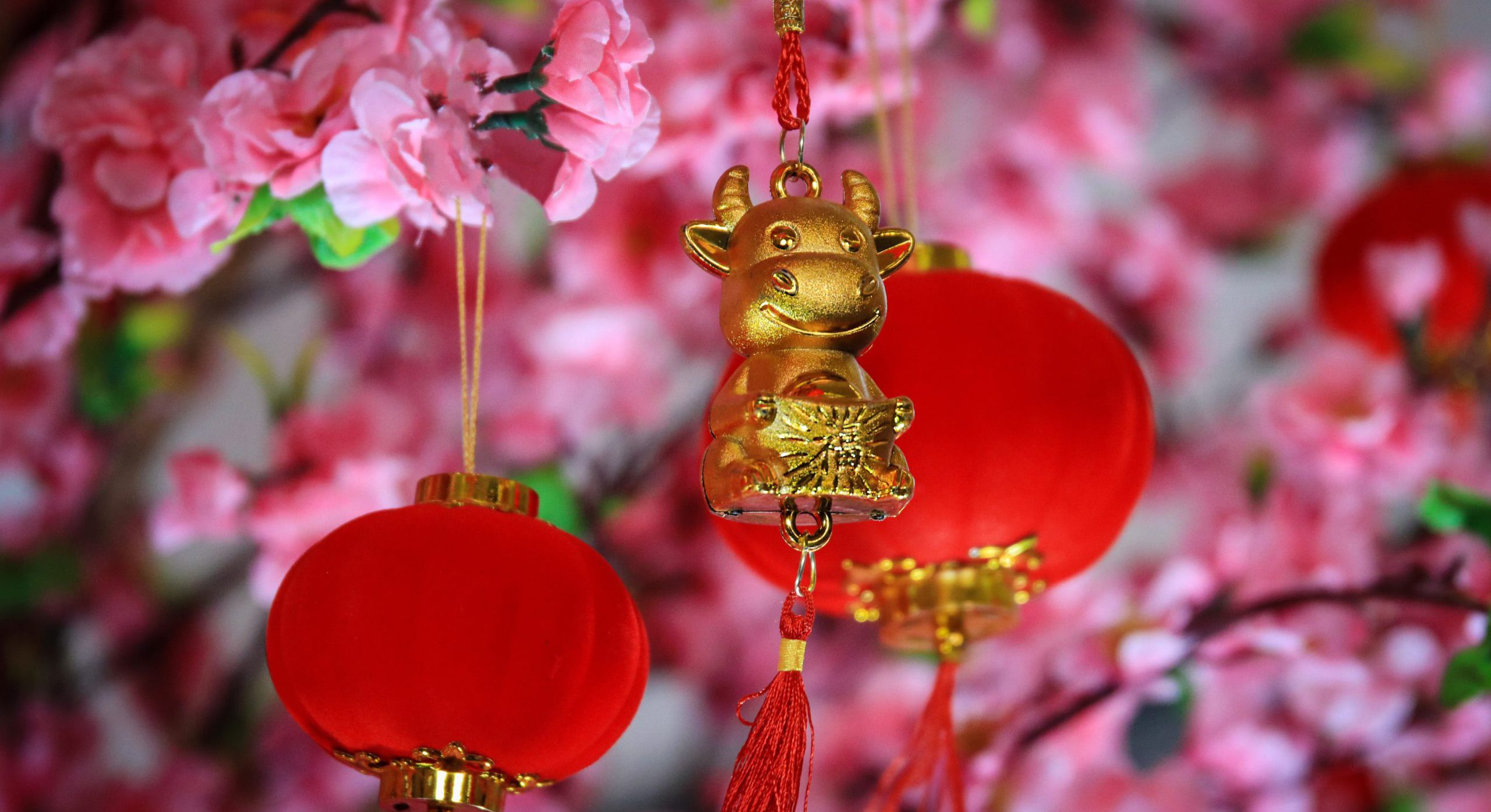 Chinese New Year, also known as the Spring Festival (春节; pinyin: Chūn Jié), is the most important Chinese holiday. Marking the end of winter and the beginning of spring, the festival is the longest holiday of the year. Festivities can go on for as long as sixteen days, and the first seven days are public holidays that are taken off from work.

Many Chinese New Year traditions trace their origins to the legend of the Nian (年兽; pinyin: Nián Shòu). According to myth, the Nian was a fearsome beast that would attack villages and devour people and animals at the beginning of Chinese New Year.

To protect themselves, villagers learned to manipulate the Nian’s greatest fears: the color red, fire, and loud noises. They would scare away the beast by wearing red clothing, making loud noises using drums, cymbals, and firecrackers, and performing the lion dance. All of these continue to be important Chinese New Year traditions.

You might already know your Chinese zodiac animal. The Chinese zodiac cycles through twelve animals every twelve years, ascribing the characteristics of one animal to the year and the people born in that year. Your zodiac animal can be used to tell you about your personality, fortunes, and romantic compatibilities.

On Chinese New Year, the animal for the year changes to the next one in the cycle. 2020 was the Year of the Rat, and in 2021, it will become the Year of the Ox. A charming myth explains how the order of the animals was determined during the Great Race.

Rituals meant to attract good luck in the new year and repel bad luck from the old year abound during Chinese New Year. Each day of Chinese New Year has specific symbolic values and rituals associated with them that range from honoring deities to preparing and eating traditional delicacies.

In addition, there are many taboos in place during Chinese New Year to preserve its good luck and auspicious atmosphere. Some fun ones have to do with cleaning.

You should clean before the new year to sweep out the previous year’s bad luck. Once the new year comes, cleaning is restricted so that you don’t get rid of the new good luck. Showering is even forbidden on New Year’s Day, and sweeping and throwing out garbage are forbidden before the fifth day.

Family time is a priority during Chinese New Year. With many family members travelling from cities to country homes for family reunions, the Chinese Spring Festival travel season (春运; pinyin: Chūnyùn) is the largest human migration in the world.

The biggest event is the Reunion Dinner (年夜饭; pinyin: Nián Yè Fàn) held on New Year’s Eve. The lavish meal includes a sumptuous variety of dishes and is considered the most important get-together meal of the year.

A Wealth of Food

Whether for Reunion Dinner or any of the other Chinese New Year celebrations, there are many traditional foods that make appearances. These vary by region but are typically rich in symbolism.

A Festival of Symbols

Additionally, the symbolism of the color red can be seen everywhere during Chinese New Year. Its ubiquitous presence originates from the legend of the Nian and brings the story to life. People will wear new red clothes, with the newness of the clothing representing good luck and a fresh start. Elders will give children red envelopes filled with money, and sometimes employers will give them to employees, too. Streets, buildings, and homes will also be adorned with red lanterns and intricate paper cutouts.

An Explosion of Joy

Tying all of these together is the immense joy and excitement that Chinese New Year brings. Parades spread the Chinese New Year spirit to the public all around the world. Firecrackers enliven the streets, and fireworks light up the sky. Dragon and lion dances grace public and private venues with dazzling colors and playful demonstrations of acrobatics and coordination. A more recent tradition is staying up on New Year’s Eve to watch the CCTV New Year’s Gala, a variety show that has been recognized as the world’s most-watched TV show.

Celebrate the Year of the Ox with Chinese New Year

So when can you participate in this most festive of occasions? Since Chinese New Year is one of the many Lunar New Years celebrated around the world, its date is determined by the Chinese lunar calendar and fluctuates between January 21st and February 20th in the Gregorian calendar. In 2021, Chinese New Year is Friday, February 12th.

Once Chinese New Year is here, get in the spirit by warding off the Nian with red clothes, spending time with your family and loved ones, and bringing yourself wealth in the new year by enjoying a dumpling (or eight).

Daniel Nalesnik is the founder of Hack Chinese, a technology platform helping leading Mandarin language schools grow. Daniel moved to China in 2009 for a year of full-time Mandarin immersion at Peking University (in Beijing) and Fudan University (in Shanghai). In the years since he has worked with teachers throughout China to discover what learning methods are most impactful for Mandarin Chinese learners. This experience inspired Daniel to found Hack Chinese, a spaced-repetition platform for learning Mandarin Chinese.

How to Improve your Chinese Speaking