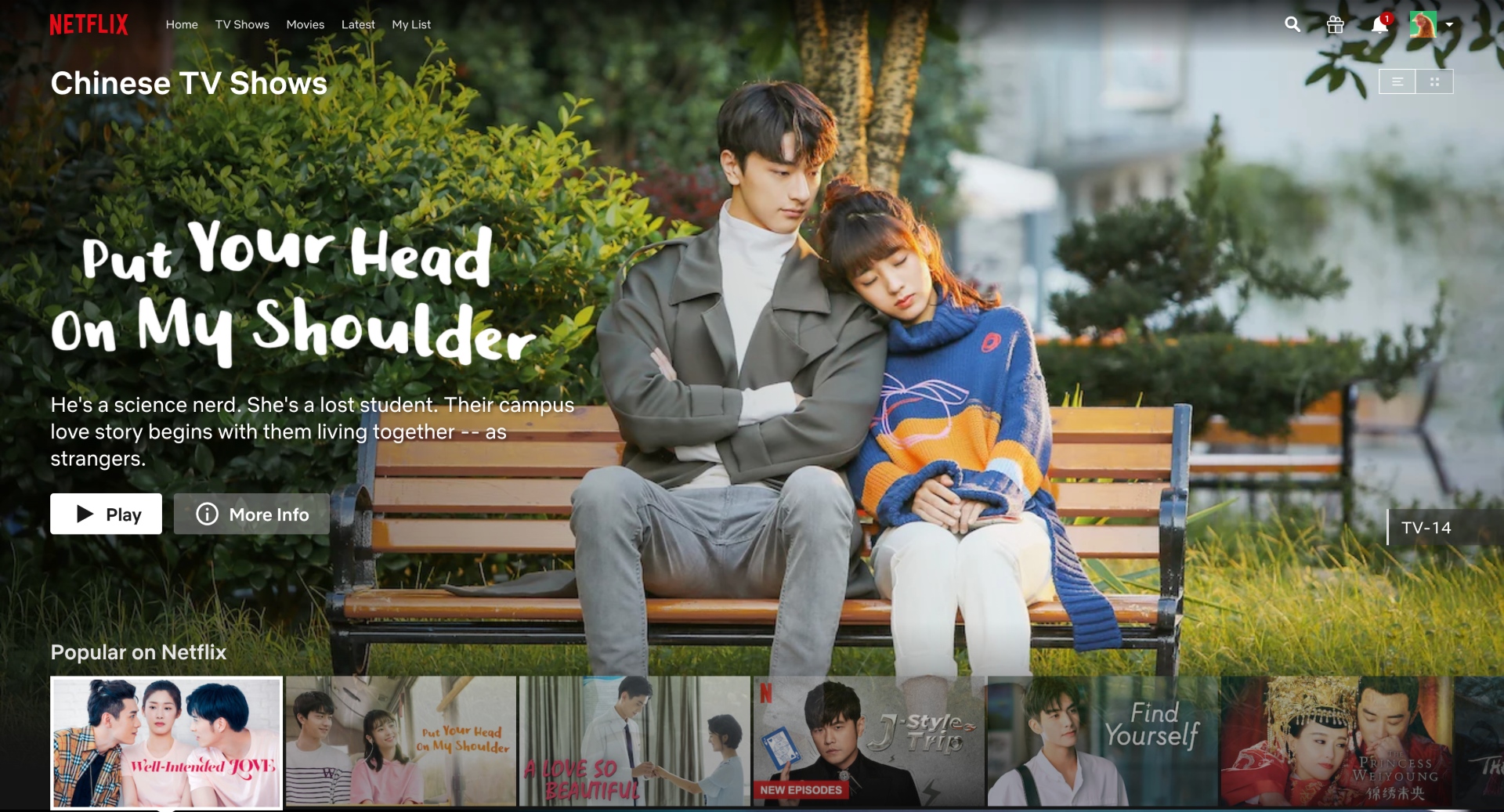 One of the best ways to improve your Chinese is through watching TV shows. If you have a Netflix subscription you’re in luck because there are a lot of Chinese TV Shows on Netflix. There are both Netflix originals and shows that Netflix has purchased the rights for. This list is up to date as of 2020, but keep in mind that Netflix does change up their content regularly. Following the recommendations and learning tips here you’ll be ready to learn Chinese with Netflix.

How to Study Chinese through Netflix

There are several approaches for learning Chinese through Netflix. The first thing you can do is just watch! We’re big proponents of extensive reading, so what about extensive..watching (is that just binging Netflix)? Or extensive listening? Getting a lot of exposure to Chinese is going to help your Chinese. The rate at which your Chinese improves from watching TV might not be the fastest, but it will be a great supplement to your learning. Anyone who studies Chinese long enough will end up using a combination a resources.

Watching TV is generally a pretty passive form of language learning. If you want to make it active you can watch with a notepad and subtitles. If you really want to make it really active, try the google chrome extension, Language Learning with Netflix. From there you can just skip through to the spoken parts of a show with access to subtitles and translations. You should try this out with a show that you’ve already watched before. So check out the shows below and see what you think:

If you’re looking for both an engaging story and very relevant vocabulary, you should watch this show on Netflix. Meteor Garden follows the story of an ordinary girl going to college. You’ll enjoy the show from the first episode, but by episode six or seven you’re going to completely love it. This show is a great way to start learning Chinese through Netflix as it’s easy to follow and the characters speak clearly. This is an excellent remake of the original show which was filmed in Taiwan, and remade another time in Korea. This new version takes place in Shanghai.

2. Put Your Head on My Shoulder

A science nerd and an accounting major searching for her career accidentally end up living together. Another great show for practicing useful Chinese phrases, while enjoying a romantic story. This show was filmed in Ningbo, China.

In order to get a needed bone marrow donation, a budding D-list actress with leukemia makes a marriage contract with a young CEO. What ensues is a lot of fun, accusations, negotiations and lots of great Chinese conversations! This is a Netflix original and a great way to learn Chinese on Netflix.

This variety show packed with music and magic trips follows superstar Jay Chou and his friends as they go on an adventure. This show is unscripted and full of Chinese used in a natural way.

This is a fun story about the daughter of a Triad boss in Taiwan. She gets set up in an arranged marriage with the son of Hong Kong Triad’s boss, but instead runs away. She gets a job as an undercover bodyguard for a famous actress and learns to live life in a whole new world.

There are many other Chinese shows available on Netflix, and you should definitely go look around for what you think you would enjoy! We tried to avoid recommending shows that feature language that is too historical in context or would be of less use for you. Best of luck with your learning! Now grab some popcorn and learn Chinese!