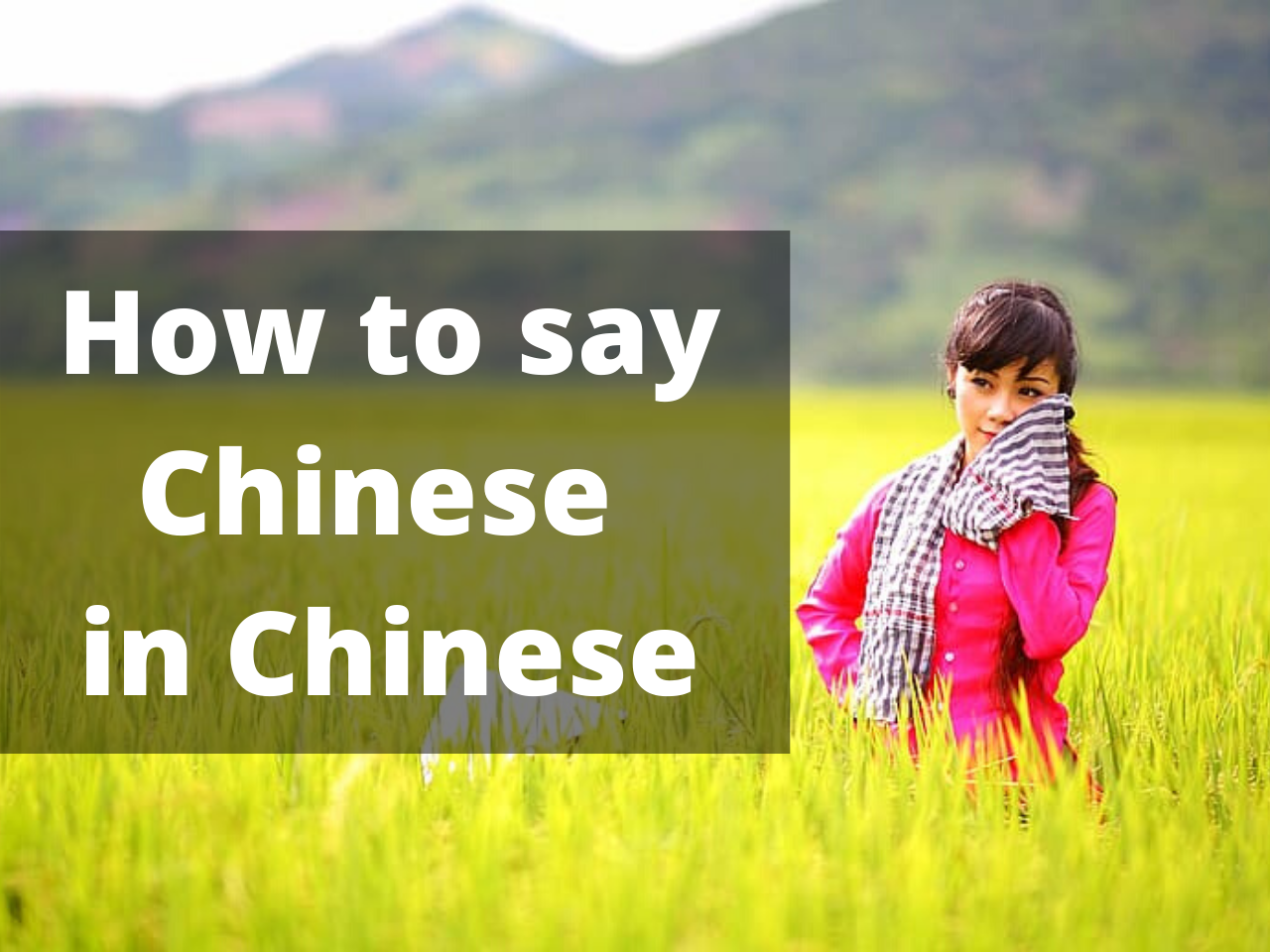 Before we get into the Chinese word for Chinese, let’s take a look at what we mean in English. When you say you speak Chinese to someone they may ask if you mean Mandarin or Cantonese. In this post we’re going to be looking at ways to say Chinese in Chinese and all of these ways are referring to mandarin.

How to say Chinese in Chinese:

The Han people make up 92% of the population of China, and 汉语 (Hàn yǔ) simply means the language of the Han people. This is a common way to refer to Mandarin.

话 (huà) means speech or dialect and 普通 (Pǔ tōng) means common. This means the common dialect and is another way to refer to Mandarin.

Going back to 中国 (zhōng guó), the 国 (guó) part means country and the 语 (yǔ) means language. This means the language of the country and is a way to refer to Mandarin that is especially common in Taiwan.

This is more commonly used outside of China, especially in Southeast Asia. 华人(huá rén) means people who are of the Chinese nation or civilization. 华语 (Huáyǔ) just means the language of those people.

There you have it! A few ways to say Chinese in Chinese. It’s especially important so when someone asks: 你会说普通话吗? nǐ huì shuō pǔ tōng huà ma? You can confidently reply: 我会! (wǒ huì)

Buzzword About Rich in Chinese