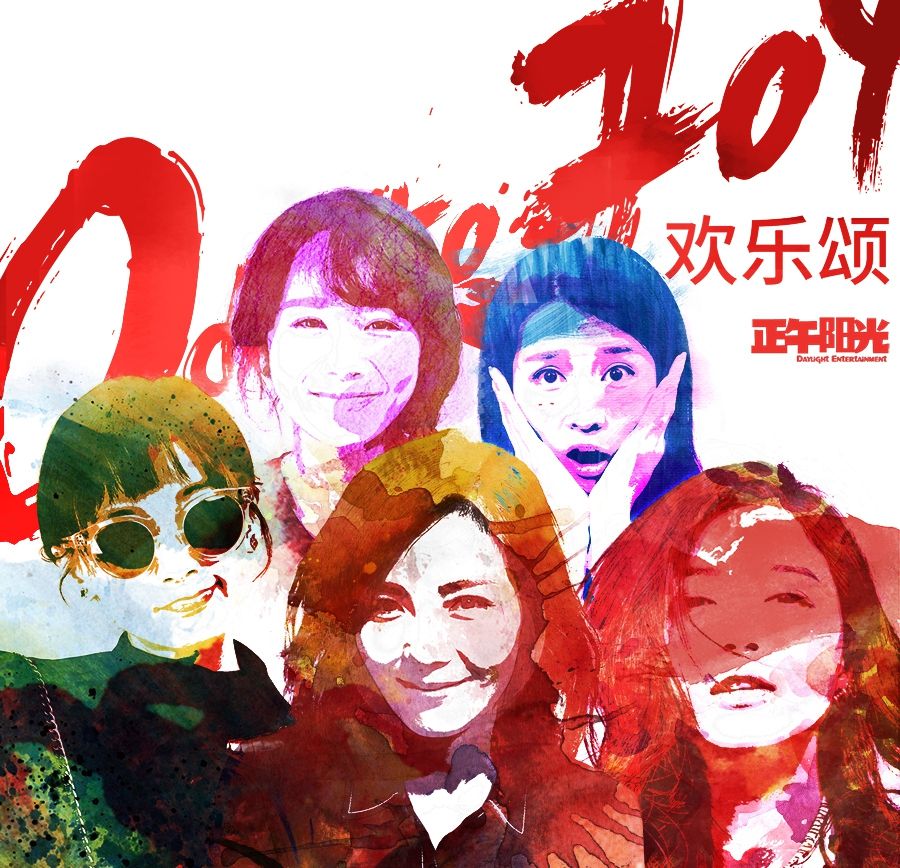 Do you like Chinese TV dramas? I believe watching TV is a good way to practice Chinese, because not only is it fun, but you can also learn a lot about the culture.
In this blog, I give my recommendation for a Chinese TV drama high in popularity right now.

The drama I want to recommend is called “ (Ode to Joy)”, and is the most popular drama in China at the moment. A lot of foreigners have asked me what the show is about, so let's learn more about the show and take a look at some of the dialogue!

The story in “Ode to Joy” revolves around five women who live in Shanghai in an apartment complex called “Ode to Joy”. The series is a realistic depiction of modern life in China, and shows the lives of these five women as they struggle with love and work as independent modern women.

I highly recommend this drama as a resource for learning Chinese. It is a modern drama with everyday language, helping you practice authentic Chinese which you won't find in textbooks. It also depicts real life in the modern Chinese society, helping you understand Chinese life and culture.
You can find versions with both English and Chinese subtitles online, making it suitable to watch for learners of different levels.

How to address someone in Chinese

Let’s take a look at the dialogue which appears at 02:27~03:37 in the video above. The three girls (F), (Q) and (G) are talking about their new next door neighbor. The dialogue has three different ways of calling someone by their name. Can you tell what they are?

In the dialogue, (Q) and (G) use to address (F).
is term of endearment meaning older sister, and we often hear Chinese use “surname + ” to address a female older than them. The male counterpart is “surname + ”.

On the fifth line of the dialogue, (G) says “我听小郑说”, “ + surname” is the way to address someone who is younger than you, and can be used for both females and males.

Sometimes we also see the same structure using instead of .
“ + surname” is often used to address a male acquaintance (usually of similar age). Be careful though, as you should not use it towards a person who is much older than you, as in that case it would be impolite. In that case, you can instead use or which we studied above.

In the last part of the dialogue, (F) says “Don’t call me Fan-jie”. As we just learned, is used to address someone who older than yourself, and (F) doesn’t like to be reminded of her age. Instead, (Q) and (G) refer to her as .

is the same basic structure as “ + surname”, but since they are close friends they don’t use the surname , but use a character from her given name instead. is an internet buzzword meaning pretty girl. ’s pronunciation is similar to “ ” (little sister), and the literal meaning of is beautiful eyebrow. The Chinese think the eyebrow shows a girl's beauty, so “beautiful eyebrow” lets people imagine a beauty girl. You may also come across the shortened version of : MM.

Those are our three ways of addressing someone. Let's learn some keywords from the dialogue.

Did you enjoy “Ode to Joy”?

This is the accompanying blog post for our advanced lesson “Having A Mistress“.

It’s Not Karaoke: What You Should Know About Chinese KTV

Learning to read Chinese is not difficult