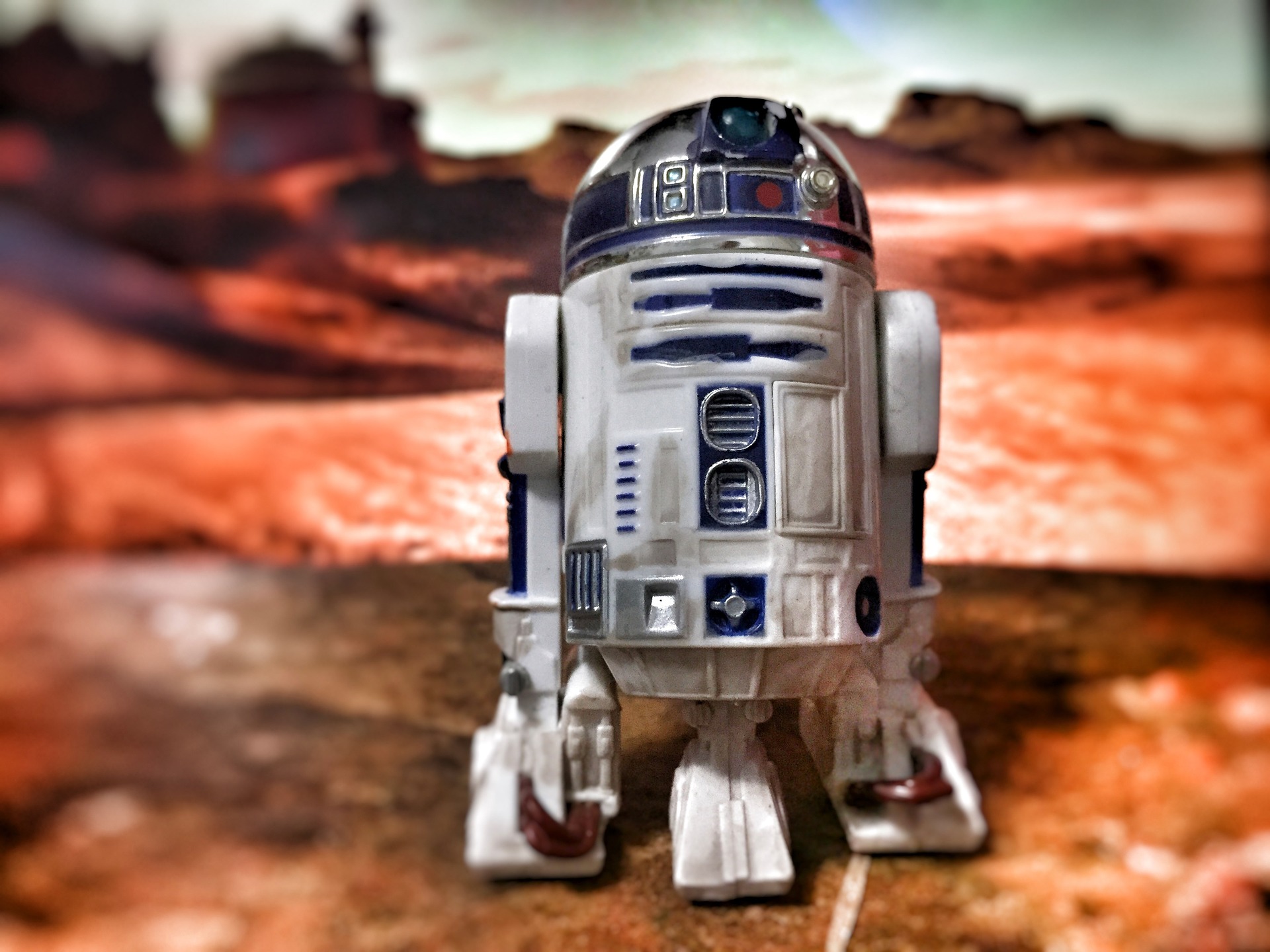 Alright, we might be a bit late to the Star Wars party, but even though “Star Wars: The Force Awakens” premiered last year in the US and other countries, in China it premiered on January 9th this year.
This time, we will learn how to say some classic lines from Star Wars in Chinese, and also take a look at a few common Chinese grammar patterns.

First, let's see what “Star Wars: The Force Awakens” is called in Chinese, so that you can ask your Chinese friends what they thought about it.

In “The Force Awakens”, there is a sweet conversation between Leia and Han Solo when they reunited after having been apart for a long time.

In this sentence, we see the common Chinese grammar pattern “虽然…但是…（suīrán … dànshì … ）”. It is often used to first bring up a point, and then show that there is a contradicting reaction. Let’s see one more example.

You can see more examples on the Chinese Grammar Wiki.

Next, let's take a look at one of Yoda's famous lines, which he utters when Luke attempts to lift his spaceship out of the swamp using the Force.

In this sentence, “或者（huò zhě）” is used to list different options, similar to how “or” is used in English. The grammar pattern is “A+或者+B”. A and B can be nouns, verbs, or clauses. You may also shorten “或者” to “或（huò）”. Let's look at another example.

See more about this pattern on the Chinese Grammar Wiki.

～与你同在 ~to be with you

Finally, we will learn perhaps the most famous quote form Star Wars which appears throughout the entire series.

“与你同在（yǔ nǐ tóng zài）” is a set phrase which means “to be with you”. It is most often used when blessing someone, as in the following example.

That's it for this time!

This is the accompanying blog post for our advanced lesson “Having A Mistress“.

It’s Not Karaoke: What You Should Know About Chinese KTV

To All Our American Friends… Come To China!