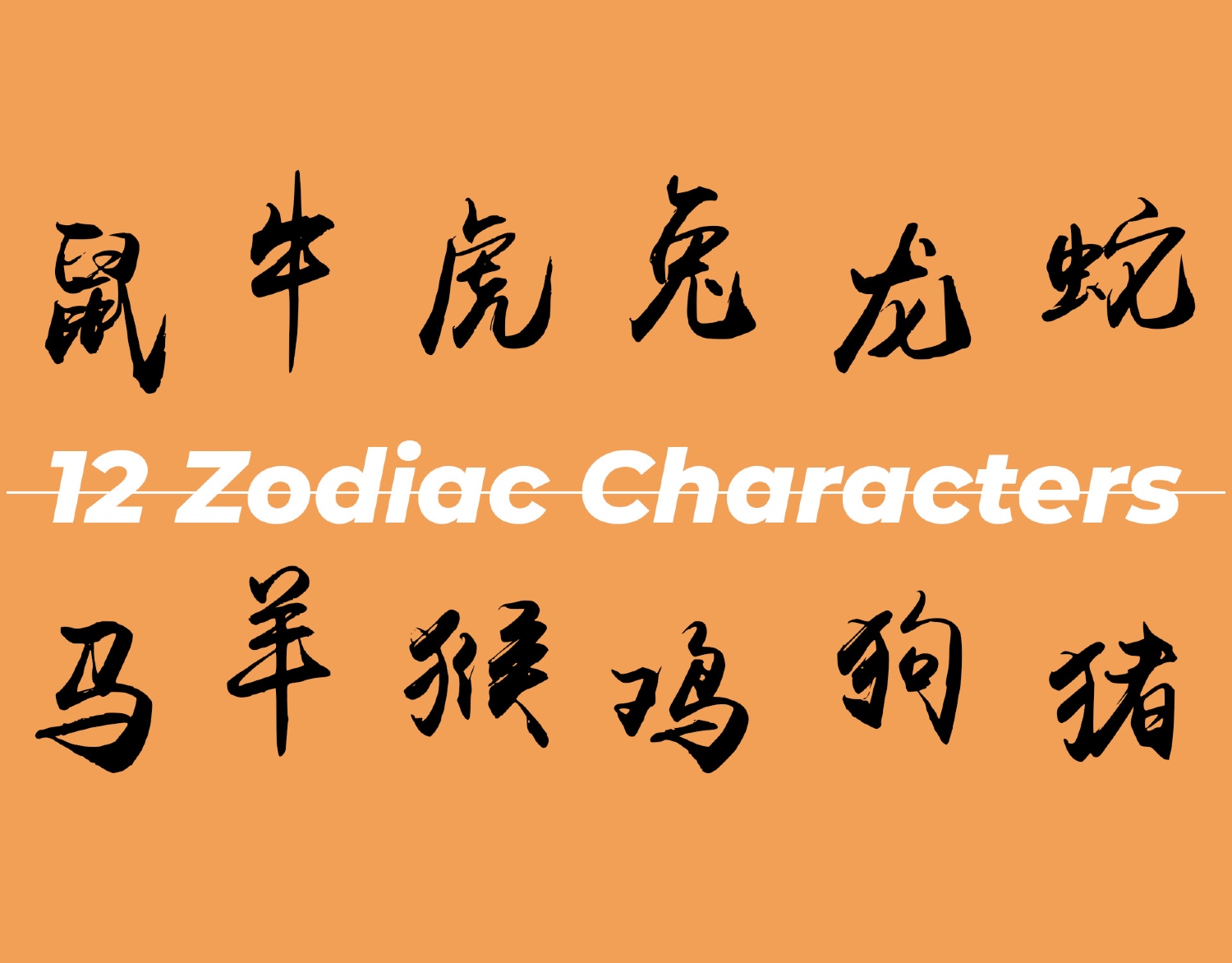 But you probably knew that right?

Below, we’ll explain each animal and its character. We’ll also show you a popular and often slightly unusual idiom for each zodiac animal.

The Chinese Zodiac are referred to as 生肖 (shēng xiào).

他生肖属鼠
Wǒ shēngxiào shǔ shǔ
I was born in the year of the rat.

Literally “my zodiac born in the year of the rat.”

When referring animals of the zodiac in Chinese, only a single syllable is used.

So the Chinese zodiac character for Rat is not 老鼠 (lǎo shǔ), it’s 鼠 (shǔ).

Chinese Zodiac Story For Each Animal

If you haven’t come across Chinese idioms before, they are a collection of characters that tell a larger story.

Often they have a deeper meaning inferred only once you know the origin.

There are thousands of idioms in Chinese (and even idiom dictionaries!) so these 12 Chinese zodiac animal stories only scratch the surface.

Rats’ eyesight is only an inch long.

This idiom is about the future and usually used to describe somebody.

People who only see the present don’t consider the future. If you only see as far as a rat, you’re not looking towards the future.

You are as shortsighted as a rat! 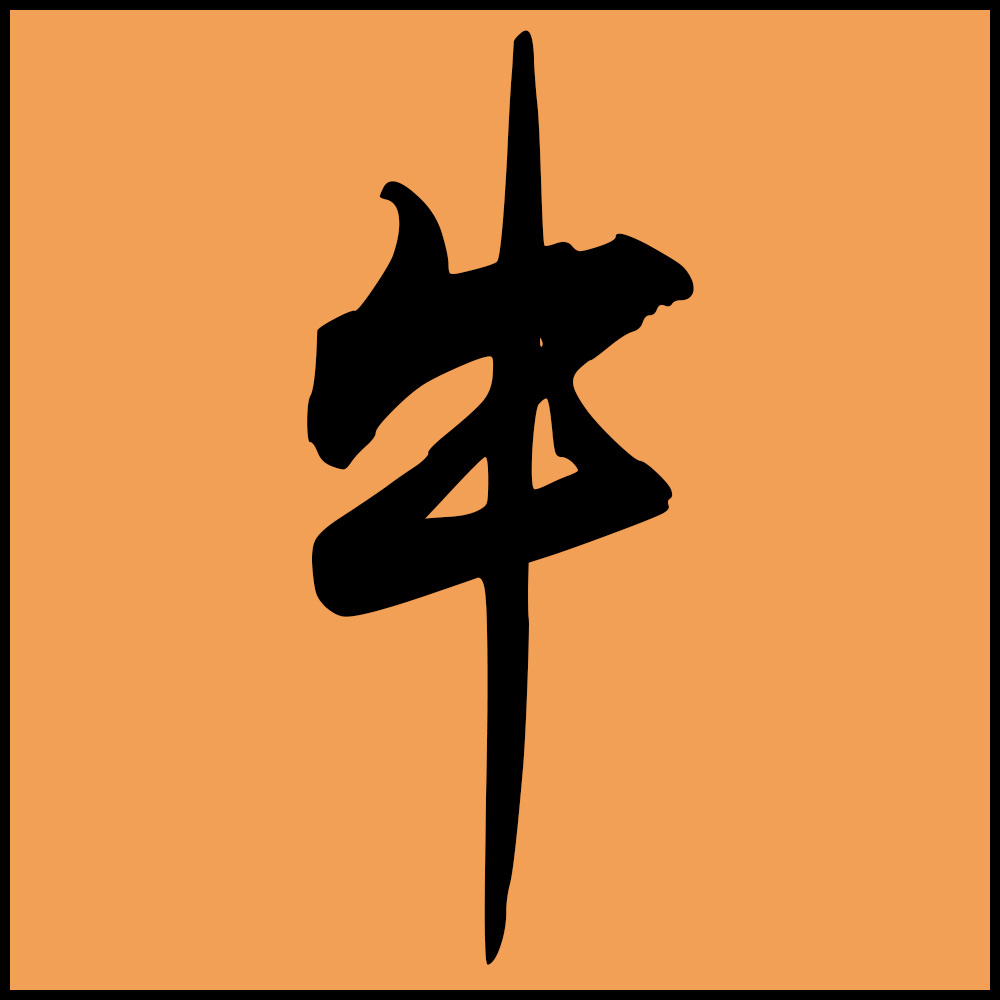 Playing the lute at a cow.

The “lute” here is a classical Chinese stringed instrument. Playing music to a cow is pointless, it won’t understand!

“They will never understand you so it’s useless to talk to them. 对牛弹琴.” Let the tiger go back to the mountain.

Although this is more like don’t let the tiger go back to the mountain.

Imagine for a moment you are an ancient Chinese farmer…

A tiger has come down from the mountains and eaten one of your sheep.

You’ve managed to capture the tiger, but your conscience has gotten the better of you.

Should you let him go?

No! Don’t let the tiger go back to the mountain, he’ll eat your sheep again if you do.

In a more modern context, this could be applied to criminals – don’t let them go, because they’ll go out and commit the crime again. 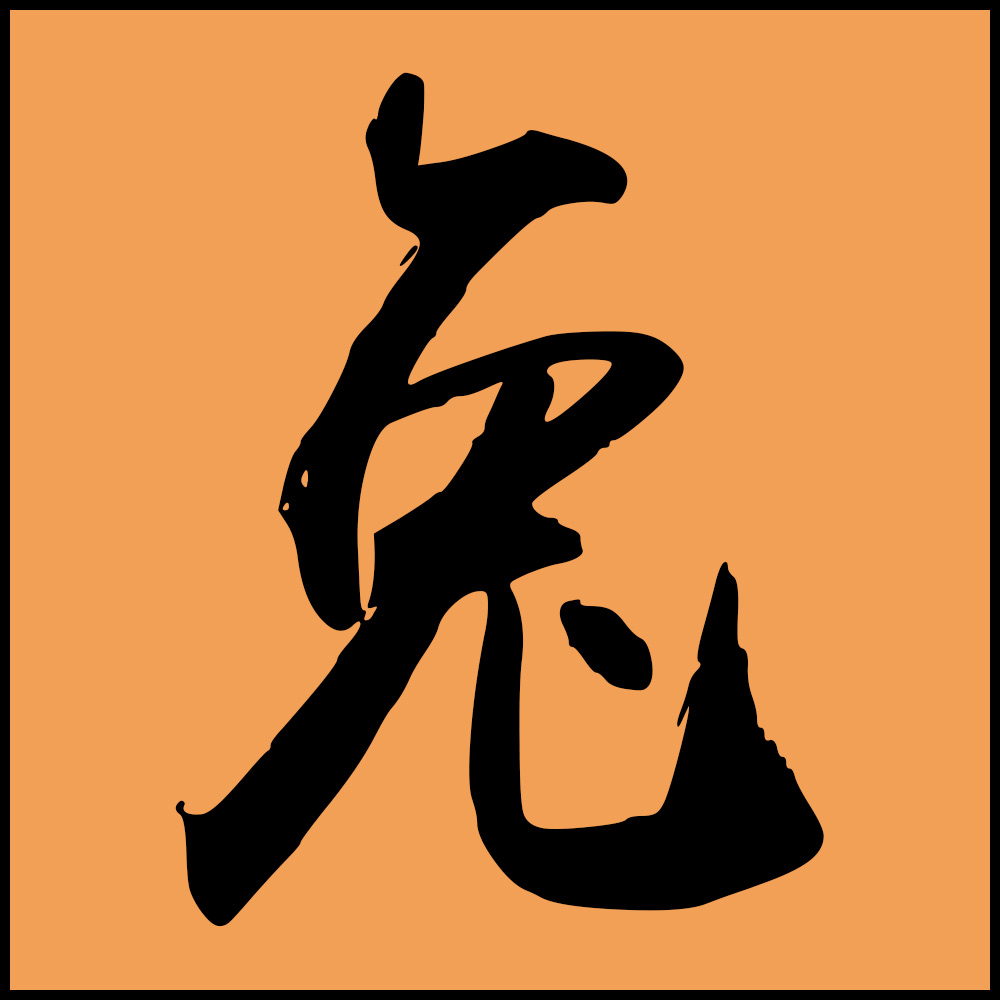 Keep watch at the tree stump, waiting for a rabbit.

This Chinese zodiac story is about a lazy guy in his field. A rabbit came and “BONK”, ran into a tree stump, killing itself.

So the farmer got a free rabbit.

Now the farmer keeps watch in front of the tree stump, waiting for the next rabbit to come and kill itself.

This Chinese zodiac story teaches us not to be lazy – if you want to be successful you have to work hard.

Don’t wait for the next rabbit to come along and land in your lap.

Riding a dragon makes for a pleasing son-in-law.

The intended meaning here is that if you’re riding a dragon you must be pretty awesome.

It’s a metaphor for a wonderful son-in-law, so great it’s like he rides dragons.

The girl’s parents can show off with their friends “Hey! We’ve got a 乘龙快婿.”

We’ve got a really awesome son-in-law. Heart here is used in the sense that someone might have a good heart.

However, this idiom describes somebody’s heart as snake-scorpion: a venomous, black heart.

This is usually applied to a woman. If she is called 蛇蝎心肠, she must have done something incredibly terrible, like abandoning her child.

She has a heart fit for snakes and scorpions. 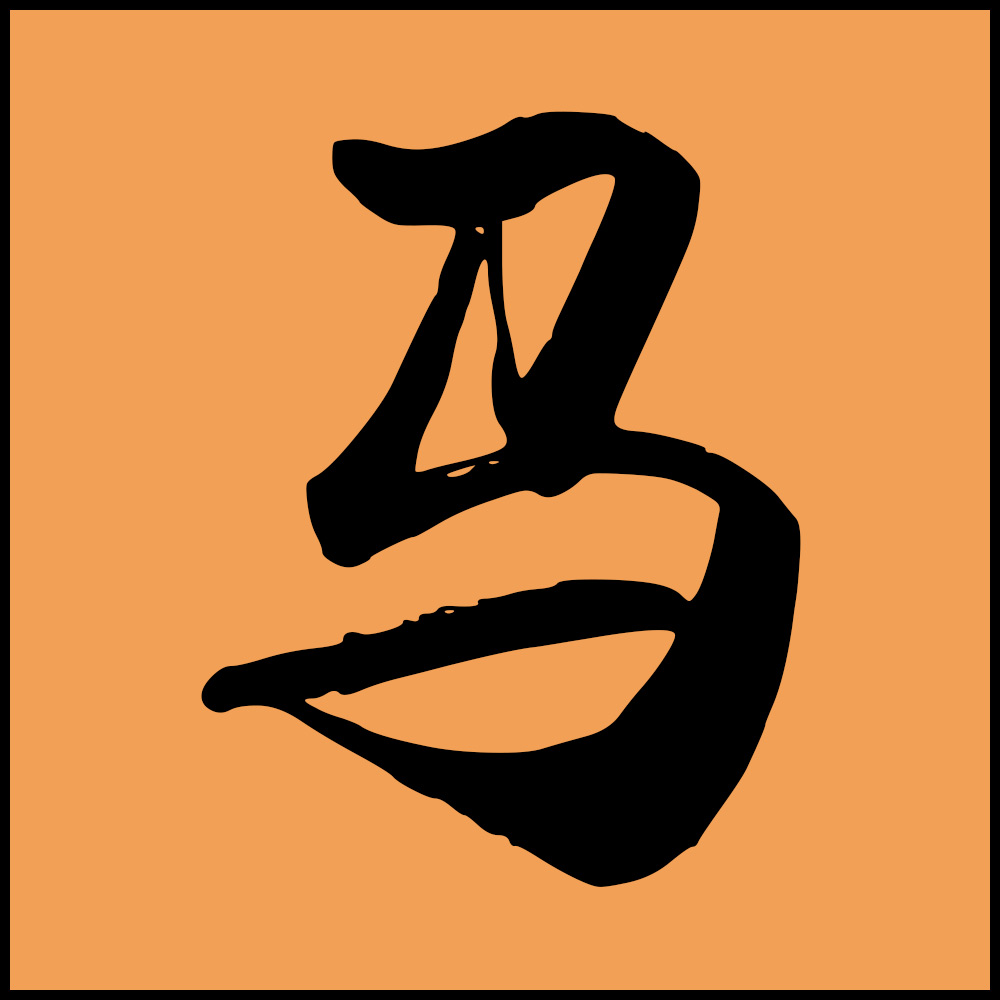 If you want to do something very important to you, your friends might wish you luck saying 马到成功.

May you have a speedy, swift and easy success!

This imagery refers to a stampeding charge of war-horses bringing a swift success in battle. Pick up a sheep on the sly.

That guy is a sheep thief.

He saw the opportunity and very sneakily made off with the stray sheep.

In the news, you might see something similar to this Chinese zodiac animal story: some guy 顺手牵羊. He stole something by taking advantage of an opportunity. You may have noticed this is not a real point in time. You can slide in 猴年马月 when you don’t know how long something is going to be.

You can also use this to mean a long time ago. For example, one of your childhood friends reminds you of something and you say:

“I can’t remember that! It’s from 猴年马月.” Kill the chicken to get the eggs.

The implications of doing this are what this Chinese zodiac story is getting at. It’s similar to the message behind the year of the rat.

If you kill the chicken, you can get the eggs right now, but if you had fed it instead you could have had many many more eggs.

So if somebody does something particularly stupid you can squint your eyes judgementally and utter 杀鸡取卵. 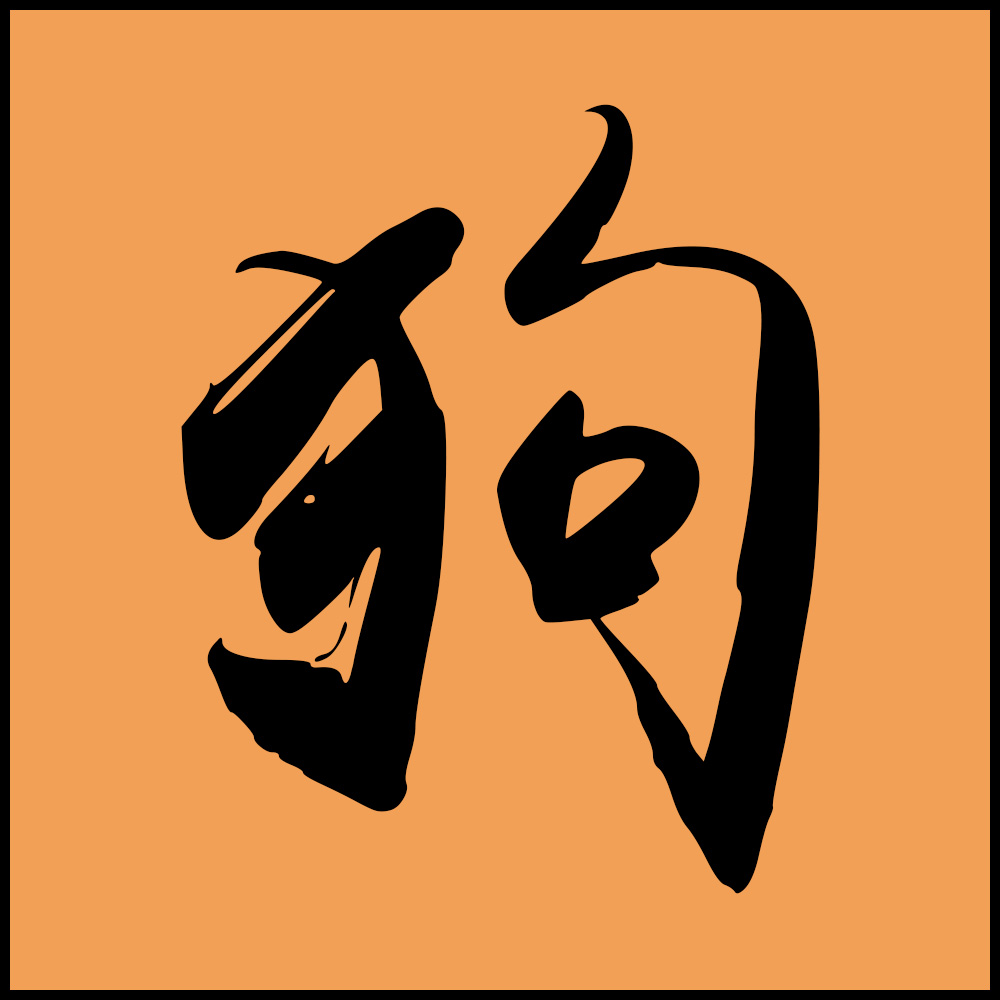 Dog’s blood spraying all over your head.

The graphic image of this story matches the ferocity of the action. This is usually applied when your mum would tell you off as a kid (or an adult!).

It’s like she’s spraying dogs blood over your head.

It’s used as a joke for an extreme torrent of abuse. If this was used against your friends (and probably you by association) it would mean you are all lazy incompetent sloths.

Usually used by parents or girlfriends – stop hanging out with your 猪朋狗友!

How Will You Use Your Chinese Zodiac Story?

How will you use them?

This article was written by Scott who co-runs the Chinese learning YouTube, Fragrant Mandarin.

Click here to see more of their awesome Chinese learning materials like hacks on pronunciation and how to speak Mandarin.

Want to try some reading practice around those idioms? Try out these lessons: Playing the Lute to a Cow, Monkey Year Horse Month, Guarding the Tree Stump for Rabbits.